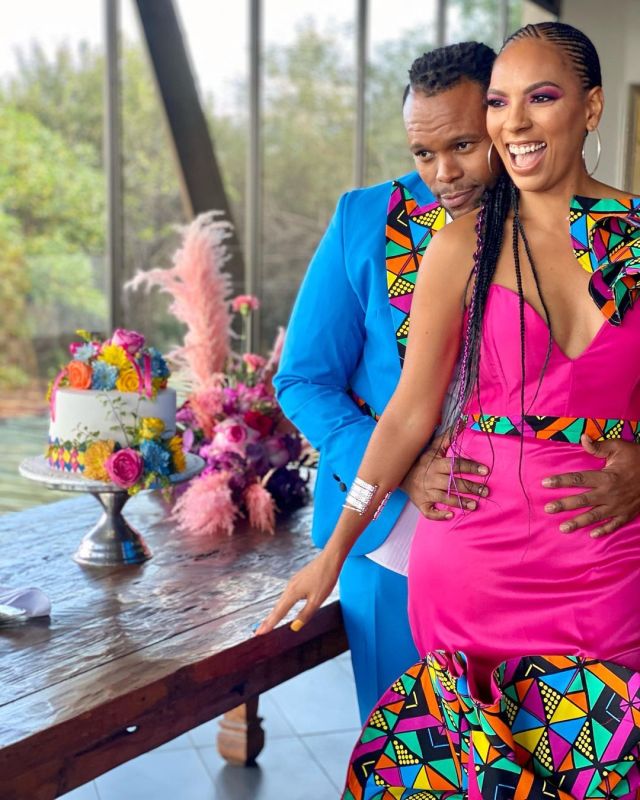 At the weekend, they hosted friends and family to a gifting ceremony and it was MC’d by Skeem Saam actress Inno Sadiki.

Inno shared pictures of the ceremony and said she’s proud of Chantel and Tumisho on opening this new chapter of their lives.

“So proud of our friends! Guys you made it through the storm. Here we are now. Look at what the Lord had done. You were the best men at our wedding 11 years ago, and today we are MC at your wedding,” she captioned the pictures. 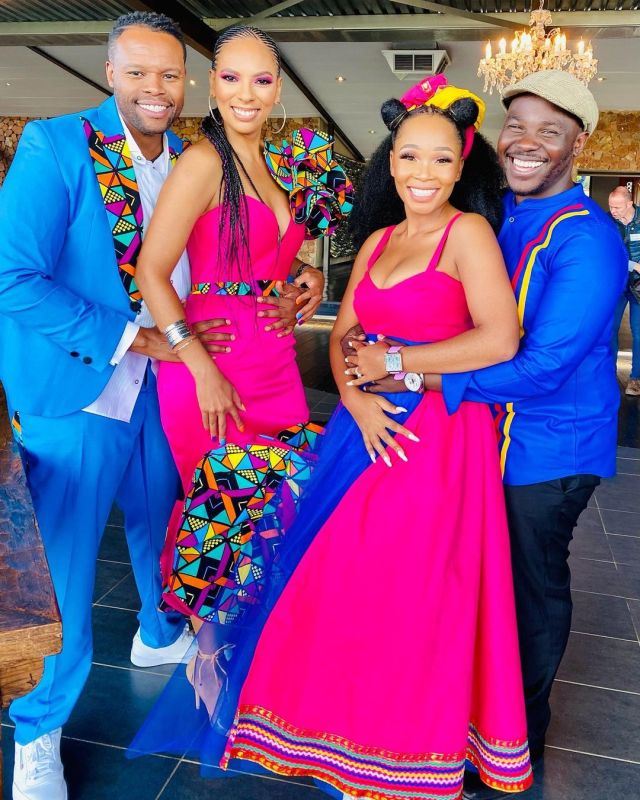 This is Tumisho’s third wedding.

The TV personality was previously married to Angel Masha and Zozibini Masha, who divorced him in 2016 and their divorced was settled in 2019.

Their divorce was finalised three years after they separated and and it came with a lengthy court battle and assault allegations that were initially laid in September 2016 but later withdrawn.
The news of their divorce was confirmed by Tumisho through a statement.

“After a tumultuous three-year separation with Zozibini Mtongana, our divorce was made final on 2 August 2019,” he said.