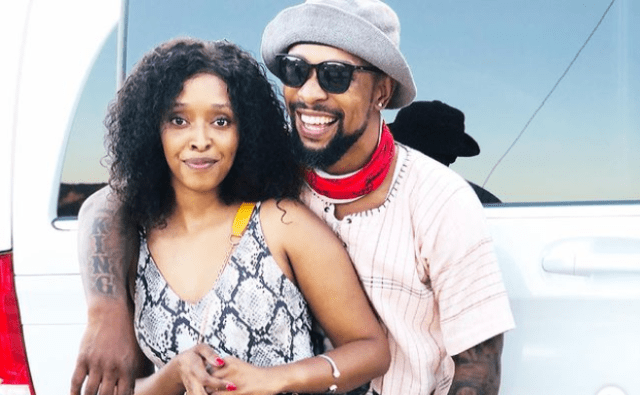 It appears there is serious trouble in paradise for The Queen actor SK Khoza and his fiancée Mandy Hlongwane as they have unfollowed each other on Instagram.

The two used to serve major couple goals on social media however it seems they have called it quits after such an intensely short period of time. It appears from their Instagram followers list that they are no longer following each other on Instagram. 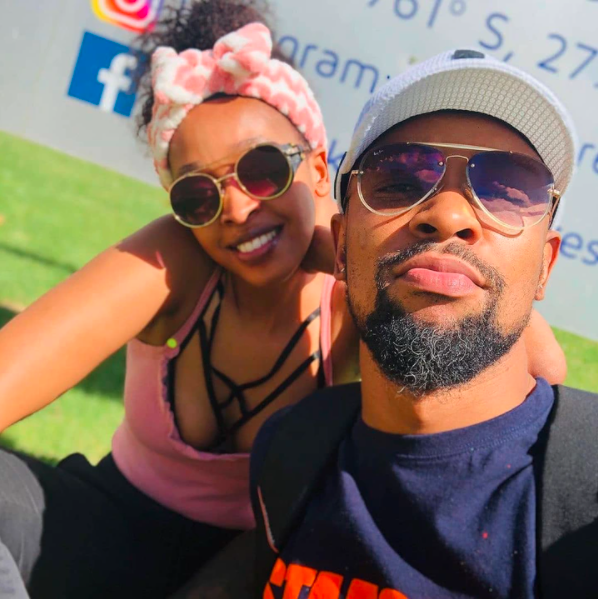 SK has since deleted pictures of him and Mandy on his IG account and raised eyebrows. Mandy has also been spotted on numerous occasions without her engagement ring.

There is concern among fans that they have split up. Mandy recently shared a throwback photo of her and actress Sonia Mbele. An Instagram user commented on the picture, “I don’t see you posting any pics with your fiancé is everything alright honey? I hope so coz you two are a match from heaven.

Ayanda thought if the woman was showing any concern, she would have opted to send her a DM and asked her privately. “If you were really concerned then I think you should have inboxed me rather because this pic doesn’t have him on it,” Ayanda clapped back.

Another couple that recently unfollowed each other is Somizi and Mohale. The former couple had been keeping their relationship problems on the down-low until a clip of Mohale exposing Somizi went viral.

He accused the TV personality of being physically abusive. He said in another supposed physical fight, Somizi allegedly pulled out a knife and almost stabbed them both. “I took my keys and walked out, he took a knife. I was about to exit, so he said to me, ‘if you exit… I’m going to kill us both.’ So I took my keys and ran. He grabbed the knife and said ‘if you walk out, I’m going to stab you.’ Now I see a different person. I was sh*t scared and walked back into the house. He said ‘let’s talk.’ He cried and we moved on,” he told the publication.

In a statement released Somizi, he denied the allegations. He said Mohale is trying to harm his reputation. “Never in my wildest dreams did I think that one day I would have to defend my honor as a result of someone I have loved so deeply and so genuinely deliberately harming a reputation I’ve worked so hard to build. For the most parts of my life, I’ve kept my relationships out of the public eye until my one and only marriage which you witnessed on television and other social media.