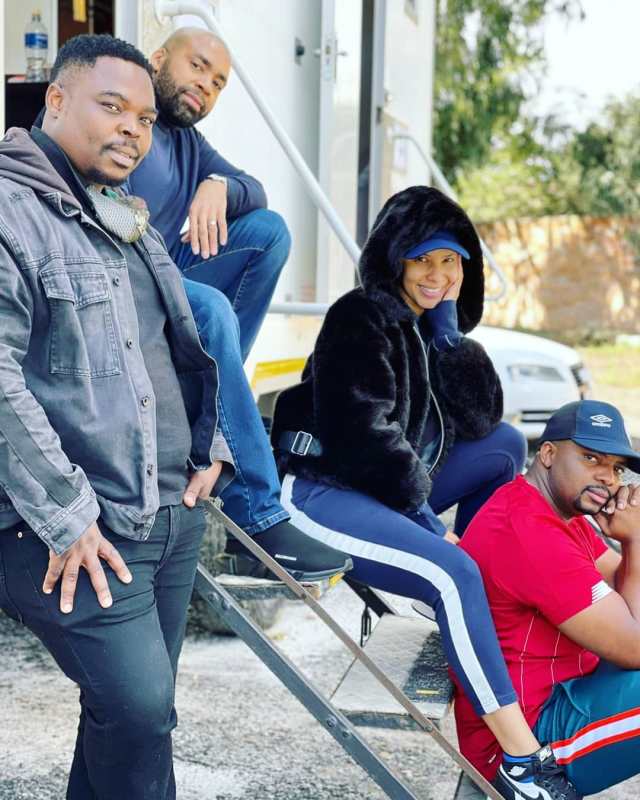 Former Uzalo star Siyabonga Shibe has found a new home in Rockville. He joins Ferguson Films as a human trafficker, a role he said is most exciting. Speaking to the publication, the actor said while he misses his hometown of Durban, it was great to be back in Jozi doing what he loves

“I’m doing Rockville 5 and my character is interesting and amazing,” he said.

But he makes it through human trafficking.

Having previously played a thug and a pastor, Siyabonga said his new role was the most challenging.

“To be honest with you, this role excites me because it challenges me to go deeper into the character so I can play it convincingly.’

“I’ve never played a human trafficker before, so I had to do a lot to research about how that industry works to be able to do justice to the character.”
Siyabonga said he’s been shooting season 5 of the show for a while now.

“It’s been an interesting journey working on the set of Rockville,” he said.

“It’s like I’m starting all over again. It’s pure bliss. I feel like I’ve been challenged as an actor and believe this role will help me grow.”

He said viewers may not like his character, but they can expect nothing but fireworks from Kaleshev.

“I don’t want to give anything away, but it’s going to be an interesting ride on this season of the show,” he said.

“And people are going to see a very different side to me which they may not have seen before.”