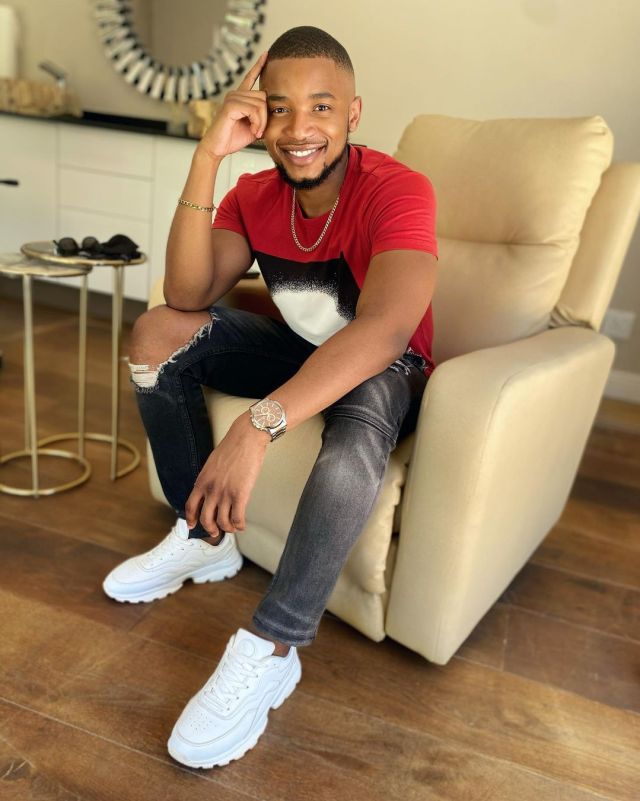 Sandile Mahlangu is one of Mzansi’s promising talents on television. The star recently took to Twitter slam Emmanuel, a television show that aired on e.TV, for his height, or lack thereof. Mahlangu said that if it wasn’t for the show he’d probably be 6.2. “If I didn’t spend all that time as a kid watching “Emanuelle” and actually sleeping I’d probably be 6’2.” He tweeted.

If I didn’t spend all that time as a kid watching “Emanuelle” and actually sleeping I’d probably be 6’2.

Exclusively chatting to us in 2020, Mahlangu said that acting has always been his number one love.

“When I was in Grade R, I played the lead in a stage production ‘The Ugly Duckling’. I hated it because I saw “Being a lead” as a punishment; While I was constantly attending training and learning lines, other kids were having fun watching movies backstage.”

“Fast forward to high school “Steelcrest High School” I was still doing theatre, participating in competitive monologues and anything stage related. Yes, I studied Electrical Engineering and I was relatively good at the practice, but I think I mainly studied it because of my environment (Middleburg, Mpumalanga being a mining town). Moving to Gauteng allowed Acting and the Arts to find me again,” he said.