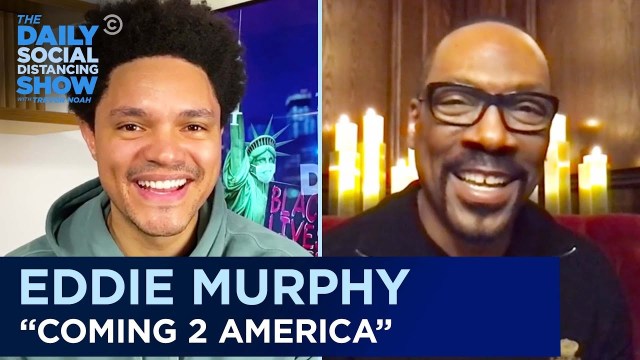 Eddie Murphy has decided to show his appreciation to Trevor Noah following the success of Coming 2 America. The US actor was a guest on Trevor’s show called The Daily Social Distancing Show recently.

Trevor used the opportunity to thank Eddie for his appearance on the movie. Eddie also went ahead to thank Trevor for being part of the cast of the recently released movie.

“Thank for doing it,” Eddie told Trevor after they had a giggle over the fact that “Bibiyana” sound like something South Africans may say when they refer to the size of a man’s manhood.

Eddie then thanked Trevor for hosting him on his show and said he thinks he’s a “funny brother”.

“I appreciate you too and thank you for having me. Congratulations for all the success you’ve been having. You are really really funny, brother,” Eddie said.