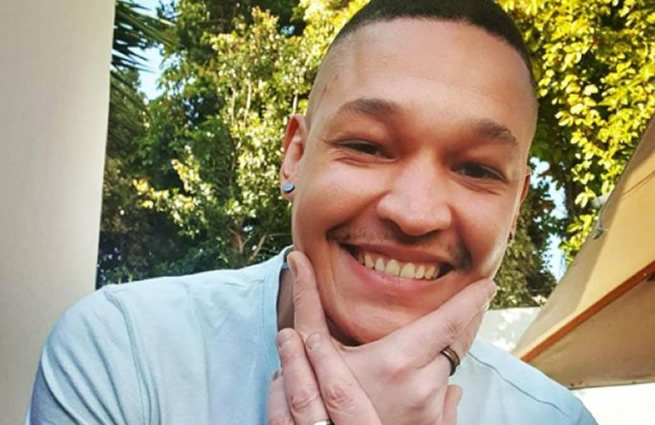 Actor Brighton Ngoma has lit up local screens in several roles and will introduce viewers to a different side of him when he plays Thabang “T-Bang” Moeketsi in the upcoming SABC1 sitcom uBettina Wethu.

The show is a local version of the international hit Ugly Betty and premieres on May 5.

In an interview about his new role, Brighton said he was excited for audiences to see him away from his popular character Quinton in Scandal!

“I think there was a definite move away from anything to do with ‘ugly’, hence the name ‘our Betty’. It is literally about Betty and her struggles, and the people she encounters in Johannesburg.

“My hair has changed and occasionally people will see me in full T-Bag gear and make-up and think Quinton is going through something in his life. People are gonna be shocked and I hope they are impressed,” he said.

Brighton was the talk of social media in 2018 when fans tipped him to play the role of Trevor Noah in an upcoming biopic about the comedian’s life, also starring internationally renowned actress Lupita Nyong’o.

Brighton said while he was flattered by the suggestion, he had not been approached.

That hasn’t stopped some fans from mistaking the actor for Trevor.

“It still happens to this day. Yesterday, or the day before, someone shouted from across the road: ‘Hey Trevor, can I have some transport money?’ I think I am going to DM Trevor and tell him he owes someone transport money because that has nothing to do with me,” he joked.

That’s not the only crazy fan moment Brighton has experienced over the years.

“We had a roadshow for e.tv a few years back. I got on stage and there was kind of a stampede. A woman dropped her baby and ran towards me. The baby must be about five or six now, and I hope it knows it was not my fault.”