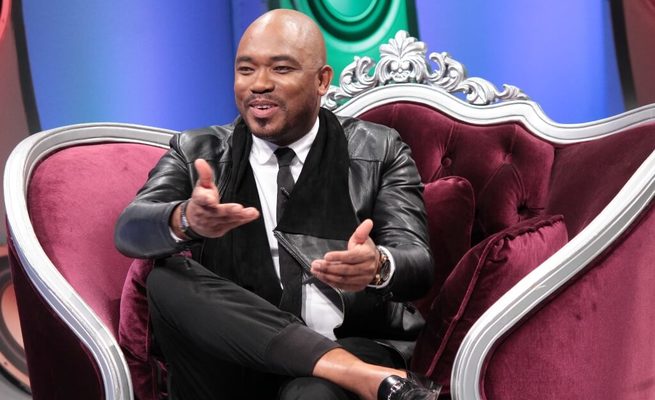 Actor Aubrey Poo has taken to social media to hit back at claims that he is a better performer than fellow star Warren Masemola.

It all began after a tweep shared an opinion on the SA acting scene.

The user said though he believes Aubrey delivers better performances than Warren, he is no match for the star when it comes to versatility.

Aubrey picked up on the conversation and decided to correct the tweep’s take on the “competition”.

“Warren Masemola is a consummate professional within our discipline who aims for better and deeper in all he does and so do I. We thank you for noticing the work but just had to correct you there. Intensity is born of what the story and character requires,” he said.

The Muvhango star also took the opportunity to school the tweep on how being versatile is part of the gig when it comes to acting.

“Brother, thanks for the kind words but I humbly differ. Warren Masemola is a brother, literal homeboy and a fellow thespian of note. Your comparison is inaccurate because the point you raise (versatility) is the very thing we have in common purely because that’s Acting 101,” said Aubrey.

The star has often spoken about the industry and recently called out the powers-that-be who have neglected artists during the pandemic.

“I’m of the opinion that there needs to be sectoral stimulation in the arts industry.“We need sectoral stimulation and in different ways. We need to develop entrepreneurs and there needs to be more funding for that. Not to accuse people of corruption in the ministry, but at the beginning of every year we hear there’s money but we never see where it goes. For me, it’s a sad reality,” the actor said.