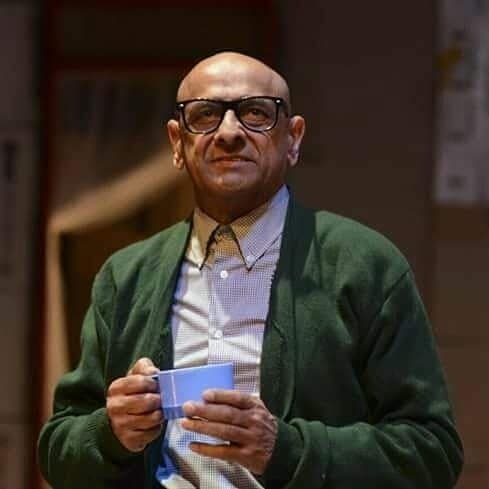 Durban- born actor and comedian, Afzal Khan, has become a Covid-19 statistic after succumbing to the virus on Saturday, January 16.

The industry stalwart was hailed for his stand-up performances in myriad productions. In “Who’s Your Mamoo?”, he left audiences in stitches and also made an impression in productions like “Chalo Cinema” franchise and “The Coolie Odyssey”.

He was also cast in the local film “31 Million Reasons” and was most engaging in several TV roles, which included playing Narayan Rana in the SABC1 drama, “Fallen”, in 2011. He also appeared in SABC1’s “Bay of Plenty” in 2008.

His last theatre production, “Tamasha on Hope Street“, was a livestream to raise funds for the Aryan Benevolent Home.

Actor and playwright, Rajesh Gopie, who worked with Khan for two decades said he was a “fine” gentleman.

“He was a stand out guy. His personality stood out. He was a fine guy. He always lived on the lighter side of live and loved to make jokes,” said Gopie.

He continued: “Before Afzal became an actor he was an educator.
His heart lied in the arts and he had perfect comedic timing and was able to draw in an audience.

“It’s important that we celebrate our fallen artist. He made great sacrifices to peruse his dream, and for that he must be celebrated.”

Jack Devnarain who acted alongside Khan in “31 Million Reasons”, said he was an inspiration. He was absorbed by the industry because of his passion and love for his work.

He applied himself in so many different ways and has a fruitful career.

“He enjoyed discovering characters and rehearsals. He was able to use performance as a way to get people to communicate and to communicate himself. And it was remarkable. He will be sorely missed,” said Devnarain. Radio host, Varshan Sookhun tweeted his tribute to the legend.

AFZAL KHAN 's commitment to the arts set a standard for all of us to aspire to. A charismatic personality, brimming with enthusiasm and blazing with energy.

Thank you brother, for generously sharing your amazing talent with all of us … pic.twitter.com/resqHU8fdE

“Farewell, our beloved King Khan… Afzal Khan’s commitment to the arts set a standard for all of us to aspire to.

A charismatic personality, brimming with enthusiasm and blazing with energy. Thank you brother, for generously sharing your amazing talent with all of us,” said the Lotus FM radio host.