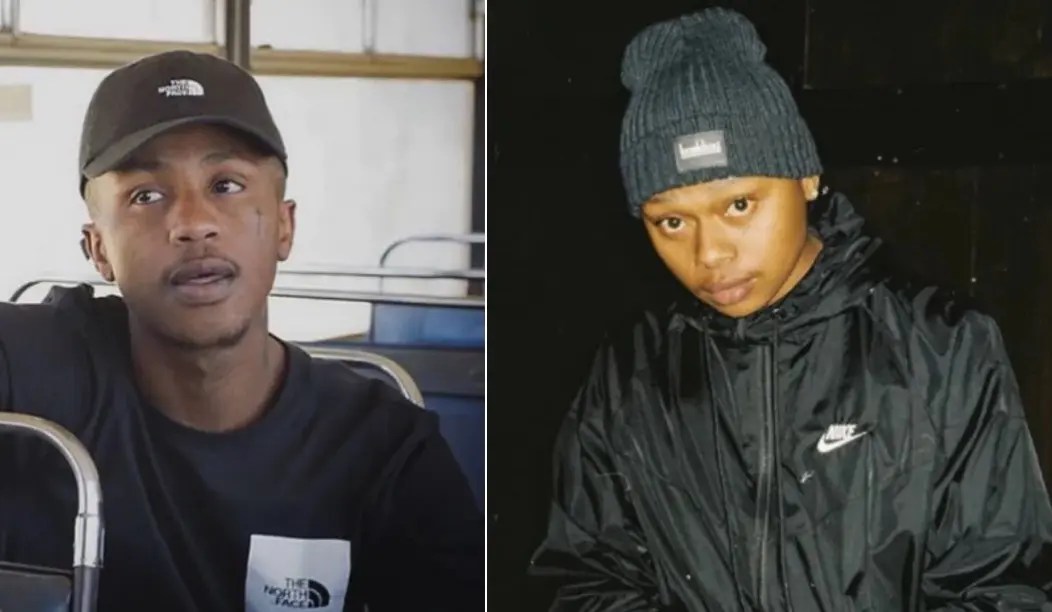 A-Reece has made people’s day by revealing that he smokes with Emtee on a regular and he enjoys it.

Fans are super ecstatic by this as it shows that he and Emtee are in good terms.

As long as @emteerecords and @reece_youngking get along. DEAR LORD IM HAPPY🙏🏽

Freestyle after smoking with Emtee 😂 pic.twitter.com/EwtyPkwkLM

Praise God that the Emtee beef is squashed pic.twitter.com/cINh3S72kI

Their little “beef” started during their Ambitiouz days when Emtee revealed to MacG that Emtee is the one who told them that they are getting screwed over. Emtee said some pretty harsh words to Reece and other rtists who left the label.

As a family man who comes from a certain background, Emtee steered clear away from the drama and did not want to investigate things further. He told Mac G that he has a family to take care of and pay the bills, so he ignore A-Reece’s warnings.

He was then asked “what happens if he beefed with these people, would he lose everything?” Emtee responded by saying, “That was always at the back of my mind, and every time the answer would be ‘yes’, they will do that.” After leaving the record label he went very broke. He even revealed his shocking salary he received from the label saying it was just under 20K, whereas they were making around 50K per show he was performing in.

In an interview with Pearl Thusi on Behind The Story, he mentioned that Emtee was also not happy at AE and had expressed that he’d leave.

“I’m gonna put it out how it is. You see, Emtee, he had the same feelings I had about the label and his were probably worse because they were bottled in. I remember we had a show in PLK and I was with him in the Van. It was me, him and Flame and he was like ‘yoh, you can’t even be an artist as yourself in this label because you are marginalized. I think I am going to leave sooner than I thought’– those were his words, ” he said.

But in an interview with Zikhiphani, Emtee said he would not work with ex-Ambitiouz signees.

“My frustration was just, ey, these people left. That means there’s something they know that they didn’t tell us. So ya’ll leaving us here? I was just mad about that. I was like’ if y’all gonna be like that, be like that. I feel like music is greater than words of exchange. Just because I said “F* you” yesterday, don’t mean I shouldn’t work with you…”

A-Reece is nominated at the South African Hip Hop Awards and his fans are coming out in their numbers to show off, by voting for him. One of the categories A-Reece is nominated in is the the Artist Of The Decade category which received mixed reactions because Reece has not been in the game for more than 10 years.

People were vouching for Cassper Nyovest to win it but now the votes are going to Reece.