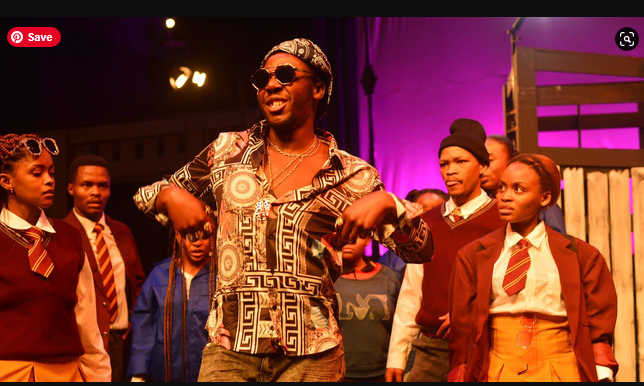 This Youth Month, the Market Theatre is showcasing a dance production “SkullKandy” that explores the controversial Skhothane movement.

A few years ago, the Skhothane movement was received with mixed emotions, particularly when young people, who referred to themselves as izikhothane, were seen burning designer clothes and money, while others poured expensive alcohol to the ground.

Slang for “hustlers”, Skhothane is a subculture of status, and wealth-on-display as a fashion statement.

Its history comes from a long line of youthful street cultures such as Pantsula and Umswenko.

Skhothanes are considered the most outrageous, with their verbal acrobatics, strong fashion sense and willingness to waste, all in the name of glory in a society that has precious little to waste.

Written and directed by Mongiwekhaya Mthombeni, “SkullKandy” shines the light on the aesthetic qualities of street culture including dance, verbal combat, and of high street fashion.

Elaborating on the inspiration behind the play, Mthombeni said: “We all know what it’s like when life is just a struggle. Then money is in your hand. And suddenly life is sweet, no sugar needed. So SkullKandy is my personal slang for money as skhothane.

“But one must remember, this view of money extends beyond Izikhothane. We all feel it, white, black, young and old. Life is hard when you are broke, but give someone money and everything changes.

“Possibilities arise. Depression falls back. Hope is restored. We are kings and queens for a moment. Money is King in this world,” he said.

Mthombeni says the play is all about what it takes to make it in a world where people are addicted to money.

Skhothane Prayer –
Our KURT GEIGER who art in SPITZ, hallowed be thy CAVELLA, thy LACOSTE come, thy will be worn in township, as it is in Sandton.
SKULL KANDY RETELLS THE STORY OF SKHOTHANES
PERFORMED BY @TheMarketLab 2nd year students. pic.twitter.com/Ak9cb3KH6A

He also hopes that the play will put to rest many misconceptions surrounding the culture of izikhothane.

“This play, like many stories, will come and go, but I hope it’s a legacy play. I hope it will shock. I hope it will divide. I hope it speak to the heart. After all, Izikhothane existed to say, ’what happens in Sandton must happen in the township’,” he said.

Skullkandy premiered on June 16 at the Market Theatre and the show runs till June 27.

Tickets are available from R70 at Webtickets.