8 months pregnant woman stabs boyfriend to death in a fight

8 months pregnant woman stabs boyfriend to death in a fight 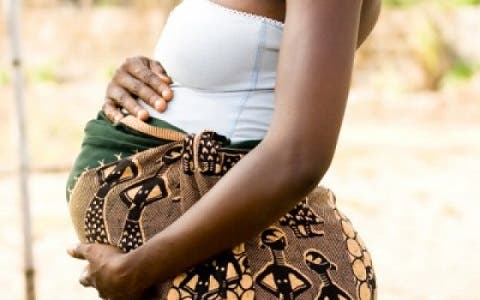 A pregnant Soweto woman who allegedly stabbed her lover to death during a scuffle, says she only realized afterward that the man was fatally wounded.

She alleged that she was in a middle of a vicious assault by the father of her unborn child, who she says also kicked her in the tummy several times, when a struggle for a knife took place.

“I didn’t even know that I had stabbed him because he pulled out a knife on me,” Zandile Khumalo, who is eight months pregnant, said.

The 31-year-old said her boyfriend, Musa Ntshingila, assaulted her when he returned home from a tavern where they had been together earlier on Sunday evening. She said Ntshingila accused her of cheating whenever she visited her home which is in the same area in Diepkloof.

Khumalo was released on a warning on Monday after her matter was not placed on a court roll at Orlando magistrate’s court told the publication.

She said they were wrestling for a knife when she realized Ntshingila was bleeding.

Police have confirmed that Khumalo who was released without a charge has had run-ins with the law with at least three cases of assault with intent to cause grievous bodily harm opened against her between 2018 and 2019.

In one case, according to police, she allegedly hit Ntshingila with a bottle and in another case, she is alleged to have bitten him.

But Khumalo said it was not the first time she had endured physical abuse at the hands of Ntshingila during the couple’s two-year relationship.

“I would tremble when he entered my yard to see me because he was aggressive and violent. I don’t have any friends and I never go anywhere because he would accuse me of cheating. I’d even have to ask him for permission to go to the shops,” she said.

Police confirmed that she had registered a common assault case against Ntshingila in 2019 after she was allegedly slapped but it was not clear what the outcome of the case was.

Police spokesperson Cpt Mavela Masondo said police released Khumalo after considering “her condition” and found that she was not a flight risk, she would not interfere with investigations and that she had a fixed address.

“She was released on a warning because she is highly pregnant and we believe that she will not jeopardise our investigations. We also considered whether she would be a danger to society, which she is not at the moment. But this does not mean that she is off the hook because we are still going to investigate despite the circumstances,” Masondo said.

Khumalo alleged that Ntshingila would assault her in public and in the presence of both their families.

“I even opened a case against him last year in February and I got a counsellor who was helping me to deal with the trauma,” she said.

Ntshingila’s mother, Ellen, told the publication that the couple had differences but that she was not aware of any physical abuse between them.

“I am upset because this girl has been released from jail, even though she admitted to stabbing my son. She should not have taken matters into her own hands and should’ve got Musa arrested,” Ellen said.

She refused to speculate about what happened on the day of her son’s death, but she vehemently denied that he was abusive towards Khumalo.

“Why did she not get a protection order against him or get him arrested if he laid his hands on her? Why would she come here and stay in my yard for days if he was ill-treating her? It doesn’t make sense?”

Neighbours said that they knew about the abuse that Khumalo suffered at the hands of Ntshingila, but could not intervene because their families knew about their relationship.

A neighbour, who asked not to be named, said the couple often fought and that sometimes their fights became physical.