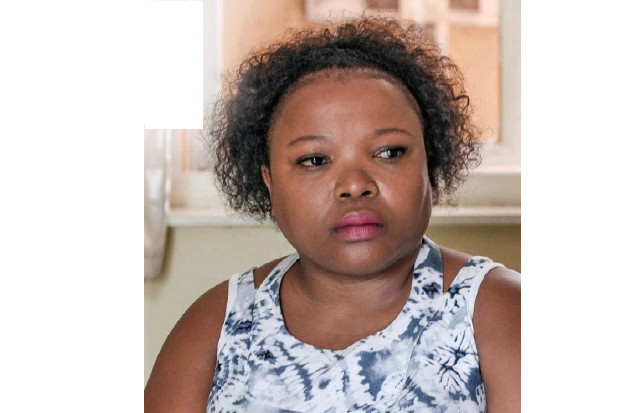 She’s always wanted children but like many women she had to weigh the pressures of building her career against the decision to start a family – and she’s not sure she made the right choice. Actress Vuyelwa Mpela is now on the eve of turning 40 and is forced to face the possibility she might never realise her dream of conceiving a child.

Six years ago she was diagnosed with polycystic ovary syndrome, a condition that can seriously compromise fertility.

“In part, I blame myself because I waited too long and didn’t address my health issues sooner,” she says.

As a young, single performer she knew success would require hard work and sacrifice, so she pulled out all the stops to make a go of her career and delayed the prospect of children. After all, there’d be plenty of time for that, she reasoned.

She entered our living rooms early in the 2000s as beloved Alyce Morapedi on 7de Laan and quickly became addicted to work.

Every now and again her inner voice piped up about that dream she’d delayed of having a family, but she silenced it, reminding herself that she was young and still had a lot to accomplish.

Now she can’t help but wonder if pregnancy would’ve come more easily if she hadn’t put things off, or if she’d gone to see a doctor sooner about her health issues.

“Is this the cost of having a career?” she asks. “Something that I now realise is more precious than any of the achievements of the past 20 years?”

Vuyelwa now stars in the SABC2 drama Swartwater and the plot has only intensified her yearning for motherhood.

Her character, Portia, is a new mom who struggles with severe postpartum depression. Vuyelwa found it emotionally challenging to get into Portia’s head – the sleepless nights, the crying baby, the feeling of desperation – while in real life she was longing to get pregnant. She tries not to obsess about it, Vuyelwa adds. “I never wanted [getting pregnant] to be ‘work’ or ‘a project’. I feel that puts too much pressure on something that’s supposed to be natural, beautiful and organic. I do have my obsessive moments and then quickly shove these thoughts aside.” But that approach doesn’t always work, she admits. She’s started experiencing a near-physical ache whenever she’s around babies or small children and then it’s only a matter of time before the darkness closes in.

VUYELWA has always guarded her personal life closely and for the most part has kept her husband, businessman Mathata Mpela (50), and marriage

out of the limelight.

The couple met in New York where Mathata, who was born in Lesotho, grew up. He now runs an organisation called Nalane, which specialises in building a green economy.

Vuyelwa spent a lot of time in the Big Apple early in her career and studied at the New York Film Academy in 2005 before returning to South Africa.

Her health problems started in 2014 during another extended stay in the Big Apple. Over the course of eight months, she had near-continual menstrual bleeding.

“I was constantly in pain,” she recalls. “Plus I’ve always been anaemic, so it wasn’t good at all.”

When the pain became too much to bear, the friend she was staying with called an ambulance and Vuyelwa was admitted to Mount Sinai Beth Israel Hospital in Manhattan.

After a series of tests, she was diagthem. nosed with polycystic ovary syndrome and was warned the condition could affect her fertility.

“I was confused, shocked and scared. But I needed to deal with the situation at hand and see to it that I got better.”

She later met Mathata at an event and they became friends. “I helped him with his organisation and things developed from there,” Vuyelwa says.

The couple, who were married in February last year, now live in Johannesburg, where Vuyelwa also works as an executive producer at e.tv.

She’s says Mathata has known about her health issues from the start and has been nothing but supportive. “Like me, he loves kids and works with underprivileged children and orphans,” she says.

The couple are going to keep trying for a baby before deciding whether to explore other options.

“I’m still hopeful that I’ll be a mother.”

ONLY women who are desperate for a child will know the pain of seeing a negative result on a pregnancy test over and over again, Vuyelwa says. She eventually decided to stop taking “I just couldn’t handle the anxiety after taking one and the disappointment when it’s not the result I’d hoped for.”

Her mental health is another issue she’s constantly working on. She’s been vocal about her struggle with depression and knows it’s an ongoing battle.

“I’ve had to accept it’s something I’ll have to be aware of and manage for the rest of my life,” she says.

There have been other setbacks. Her mom, Thandiwe, died in February 2017, a day after her 72nd birthday. “We were close,” Vuyelwa says. “It was a great loss for me.”

Her father, Johannes (76), has Alzheimer’s and it’s hard for her to watch him deteriorate, she says. He was diagnosed in 2012 and the death of his wife dealt him a heavy blow.

“He’s a shadow of the person he used to be. It’s incredibly painful to see. I’m grateful I can still see him and hear his voice – unlike with my mom. Her passing contributed to me taking my mental health seriously.”

Vuyelwa has a good relationship with her husband’s two teenage children from his first marriage but they live in America and Vuyelwa says there’s a void in her heart.

“It’s always been part of my life’s purpose to be a wife to my husband and to be a mom,” she says.

“But I believe there’ll be children in our life, one way or another.”

‘Is this the cost of having a career? Something I now realise is more precious than any achievement?’