7 things that stress men out in an early relationship

7 things that stress men out in an early relationship 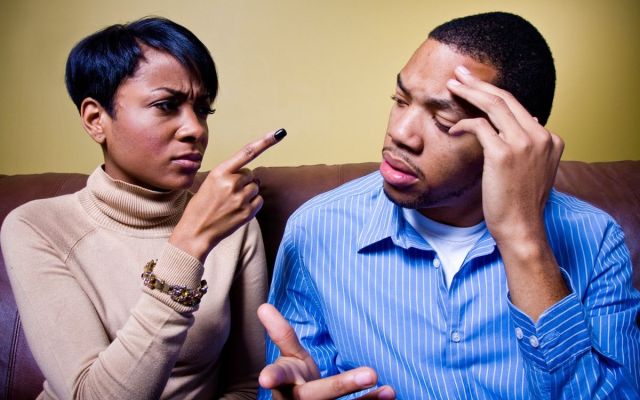 You might not imagine why certain people might feel stressed in the early aspects of a relationship.

But guys tend to get stressed out during the honeymoon period about a variety of things. The perfect honeymoon phase isn’t necessarily perfect in reality.

It’s just that some people get overexcited at the idea of being in a new relationship that they become blind to the imperfections.

But some men who are actually self-aware wouldn’t have troubles with seeing the relationship for what it really is. These are some common examples of things that stress men out in early relationships:

A honeymoon period isn’t necessarily something that everyone is going to be comfortable with. A lot of guys are going to go into relationships expecting it to be imperfect. And the seemingly perfect nature of a honeymoon period might put him on edge.

He isn’t always going to be the biggest fan of her friends. He isn’t necessarily going to be fond of everyone she introduces him to. And it stresses him out to have to be nice to them.

Early on in a relationship, he’s going to have to open up. But this is not something that most men are going to be able to do comfortably. In fact, it can be a really stressful experience for a lot of people.

He might still get the sense that she’s hiding stuff from him early in the relationship. Naturally, when a relationship is still young, the level of trust hasn’t necessarily been built up just yet. And that’s why he might still have some doubts about her legitimacy.

He’s going to be very critical of the way that he conducts himself around her, and it’s going to really frustrate him. He’s going to keep on wondering whether he’s doing the right thing or not, and it can really take a toll on a man’s decision-making.

He’s going to feel a lot of pressure by the people around him to make sure that things turn out right with her. And this wouldn’t be a problem deep into the relationship. But early on, it can be very stressful to have to deal with outside pressure especially when he’s still trying to figure things out.

He might feel like the girl he is with is actually moving faster than he’s comfortable with. And that can be a problem because he wouldn’t know how whether he should try to slow things down or just try to keep up with her pace instead.