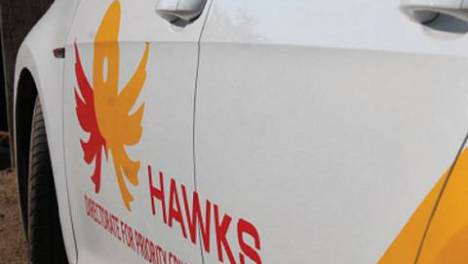 The 15 suspects, who are former Mogalakwena Municipality officials, initially arrested last Monday for tender fraud and corruption, have been served with summons to appear at the Mokopane Magistrate’s Court this month.

The 15, who include senior municipal officials and company directors, were released from jail on Wednesday after the court found that the police had arrested them without a warrant.

A further 13 suspects, who were working for some companies, will also be summoned in the next week on the same charges.

It is alleged that the suspects received gratification from service providers, and that other companies were paid money for services that were never rendered.

However, after their arrests, their lawyers argued in court that the police did not have a warrant when they arrested them, and so the magistrate released them.

Speaking to the Pretoria News over the weekend, Hawks spokesperson, Captain Matimba Maluleke, said the move was one of the methods of securing the attendance of an accused person in court.

He said they had to comply with the court order and release the suspects, but they were about to serve them with summons to appears before the court on September 27.

He added: “The suspects, who include former senior officials from the municipality, company directors and the wife to one of the former senior municipal officials, were initially arrested by our Serious Corruption Investigation Unit during a takedown operation last Monday in terms of section 40(1)(b) of the Criminal Procedure Act 51 of 1977.”

Matimaba added, however, that the matter was struck off the roll when they appeared in court due to some technicalities.

“As the Directorate for Priority Crime Investigation, we would like to assure the public that despite what happened in court on Wednesday, the charges against the suspects still stand. All the suspects will be expected to appear before the same court on September 27.

The embattled municipality that has been under administration for the past decade, and has been plagued by financial irregularities, corruption, tender irregularities, and political instability, has seen infighting among ANC councillors.

On Tuesday, the Pretoria News reported that among goods seized during the arrests was a BMW 1 series belonging to the girlfriend of one of the suspects, which was meant as a gift. In October last year, the Hawks seized R1.4 million as part of the investigation.

The municipality’s troubles started after it was summoned before Parliament’s Standing Committee on Public Accounts (Scopa) in 2019 following poor audit reports by the auditor-general.

The two were vocal about the municipality’s poor service delivery and corruption.

They were both sprayed with bullets by gunmen in Mokopane, outside Polokwane, when they were sitting in a car.

The killers were never found.