50 Cent reveals desire to punch Floyd Mayweather in the face

50 Cent reveals desire to punch Floyd Mayweather in the face 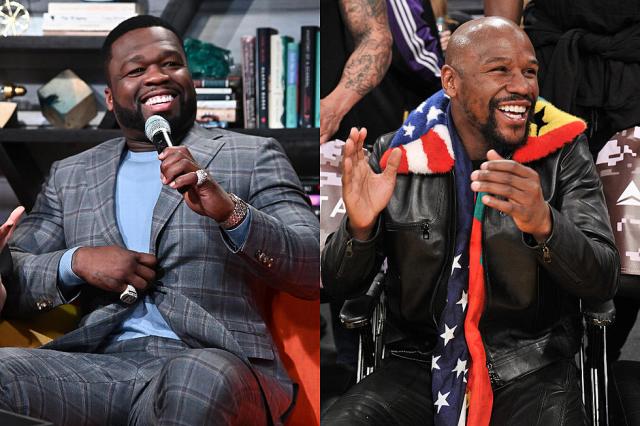 50 Cent says there’s one guy he’d love to punch in the face Floyd Mayweather but he doesn’t think Floyd would ever agree to throw down.

Everyone knows the backstory 50 and Floyd used to be super tight but they’ve had SEVERAL falling outs over the years and it seems like the relationship is still fractured.

So, when 50 appeared on V-103’s “The Morning Culture” show Friday and was asked who he’d like to square off against in a celebrity boxing match, it wasn’t too shocking when the rapper dropped Floyd’s name.

50 pointed out Floyd usually fights around 150 lbs and the 45-year-old rapper says there’s just no way he can slim down to match Floyd’s weight.

50 claims the last time he dropped to 150, “I looked like a homeless person.”

Instead, 50 says he thinks he could fight at 180 lbs which is closer in weight to Floyd’s next opponent, Logan Paul, who fights around 190 lbs.

Let’s get serious … everyone would watch Floyd vs. 50 especially since 50 has real boxing training under his belt and reportedly stays in solid shape.

Remember, the two used to be super tight 50 famously walked Floyd to ring when he fought Oscar De La Hoya back in the day.