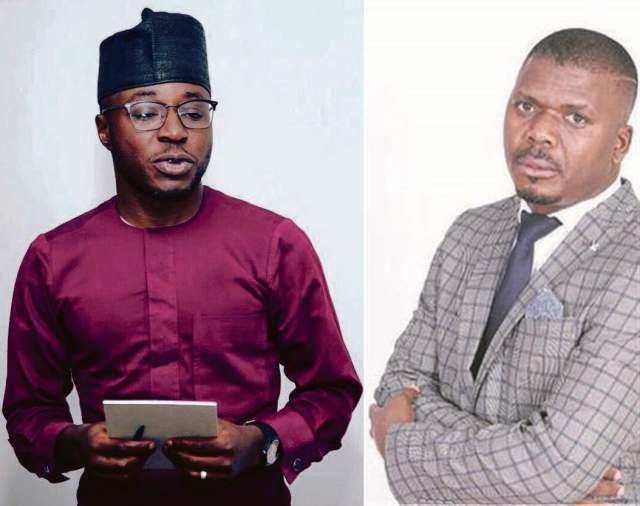 Two men of God are at war. The war is of Biblical proportions and battle lines have been drawn.

Bishop Israel Makamu has called on his lawyers to force activist, Solomon Ashoms, to take down his Facebook posts.

And if he doesn’t comply, the consequences could be serious for the activist.

“Retract or you could face a lawsuit,” the lawyers threaten!

Founder of the Movement Against Abuse in Churches, Solomon Ashoms, told the publication Bishop Israel Makamu is threatening to sue him. He’s not sure which posts the bishop is talking about, but he’ll get his lawyers to defend him.

Ashoms did posts after the bishop’s audio post that went viral, where he allegedly asked for a poke. The bishop said he was asking for keys and not a poke. Solomon received a letter on 21 May from Makamu’s lawyers demanding, among other things, that Ashoms tells them at which police station, and the case number, he helped a victim to register a case. The letter states the case is now sub judice.

“We demand that you delete, retract and take down posts from all your social media pages which make further comments on the reported matter,” says the letter.

The letter says Ashoms’ comments tarnish the image of the bishop, who’s not been charged with any wrongdoing. It gave Ashoms time to respond by 21 May, which was last Friday, to comply with demands.

“Failure to do this will result in a multi-faceted lawsuit against you in which you shall be liable for costs on an attorney scale including costs of counsel,” threatens the letter.

“Instead of Makamu trying to reconcile with the family, he wants to sue me for helping the victim. I’ve said that I’m ready to help him facilitate a meeting with the family if he’s willing to apologize to them privately.”

He said the letter also doesn’t specify the publications that he needs to take down.

Makamu told the publication he can’t discuss the matter as it’s in the hands of his lawyers. He’s claimed the girl was 18 when he is accused of having made s.e.xual advances. She claims Makamu touched her inappropriately.