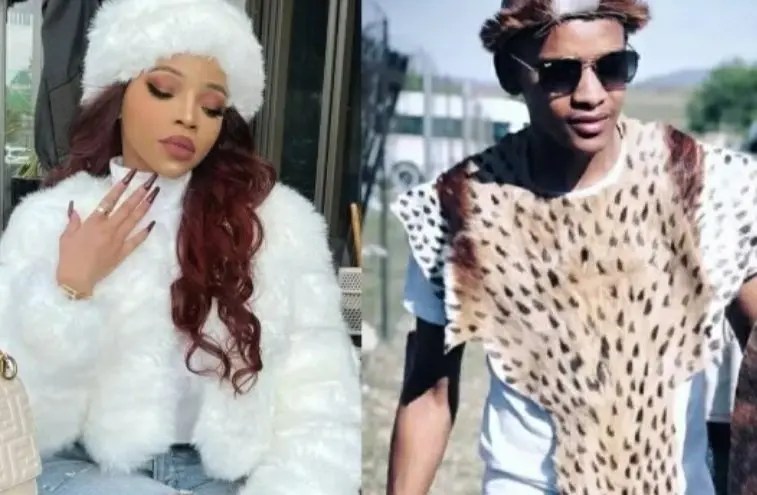 Mzansi influencer and reality TV star, Faith Nketsi’s baby daddy Nzuzo Njilo is allegedly failing to pay off his R1 million debt. The businessman, who is married to the Have Faith reality TV star reportedly revealed he was in poverty when debt collectors knocked on his door in Hyde Park, Johannesburg, on Friday, 19

Faith Nketsi's husband Nzuzo Njilo is reported to be in police custody for fraud allegations.

This comes after Nzuzo swindled his business partners over R800 000. pic.twitter.com/jujdtU2Ez8

The businessman Nzuzo Njilo, who recently welcomed a baby with media personality Faith Nketsi-Njilo, allegedly told the sheriff on Friday that he was a pauper when they arrived at his house. City Press reports that debt collectors arrived at the reality TV star’s husband’s house to collect his furniture for failing to pay off debt worth close to R1 million.

It is reported Bazuka Attorneys was granted a high court order in July to attach his movable properties as proceeds would be used to repay the R978 104 debt.
A source close to the couple told the publication that the sheriff only managed to recover household movable goods worth about R35 000, including beds, a fridge, couches, television sets, and a microwave.

Nketsi’s husband made headlines in June when it was revealed he defrauded the owners of Lund Industries in March, after purchasing copper concentrate that he never delivered. He was arrested on a charge of fraud for sending Lund Industries fake proof of payment. He’s set to appear at the Randburg Magistrates’ Court on 4 October.

He and his wife Faith Nketsi welcomed their baby Sky Njilo before the premiere of the fourth season of her MTV reality TV show Have Faith.

Blogger Musa Khawula also revealed on Twitter on Saturday, 20 August that their daughter Sky Njilo was admitted to the hospital for pneumonia and they had to make use of a public hospital as they couldn’t afford a private hospital.

“It’s been a week since Faith Nketsi-Njilo and Nzuzo welcomed their daughter Sky Njilo. I also heard that yesterday they were asked to leave the private hospital and they are now at Steve Biko Academic Hospital in Pretoria because they could no longer afford private hospital fees.”

City Press adds that the couple’s two vehicles – a Mercedes-Benz and a Range Rover, which Njilo had bought for the reality TV star as a surprise last year (2021) to celebrate their anniversary – were not theirs, but were rented from a car dealership in Sandton.

“He told us that he does not have much and that the cars are rented. He also asked to make payment next week to save the things we managed to attach.”